by crw
Comments are off

This evening there was another sizeable geomagnetic storm from the same coronal hole that has produced auroras for the last few nights. However, the main activity peaked in Iceland while it was still daylight, and had mostly moved southwards of Iceland by the time it became dark. I saw aurora high in the sky through the twilight at 19:41 UTC, and continued to see green areas in the sky until at least 21:00. However, the cloud was heavy during the early part of the evening and it was difficult to see much. Even after the sky cleared there was still a thin layer of cloud high up that made it challenging to detect the glow of the aurora. A few record shots are below, showing the green glow behind the thin cloud overhead, and a stronger band of aurora along the northern horizon. 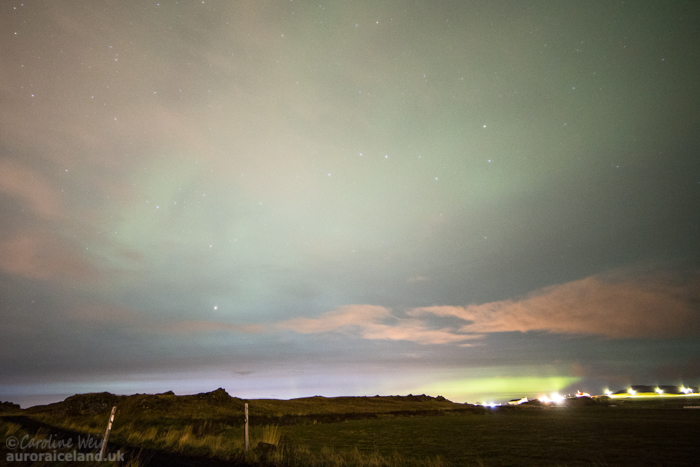 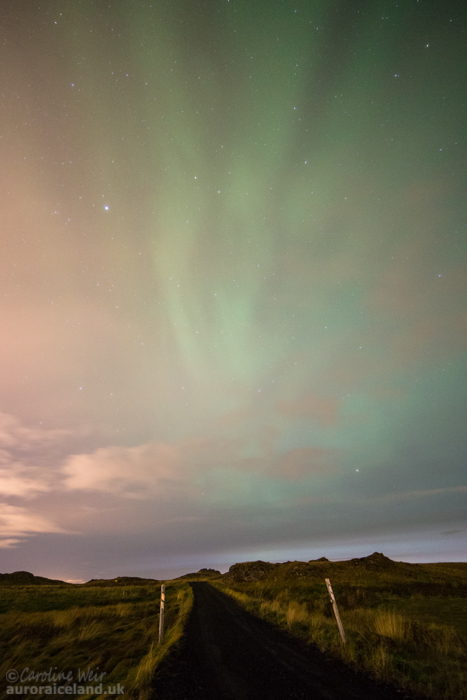 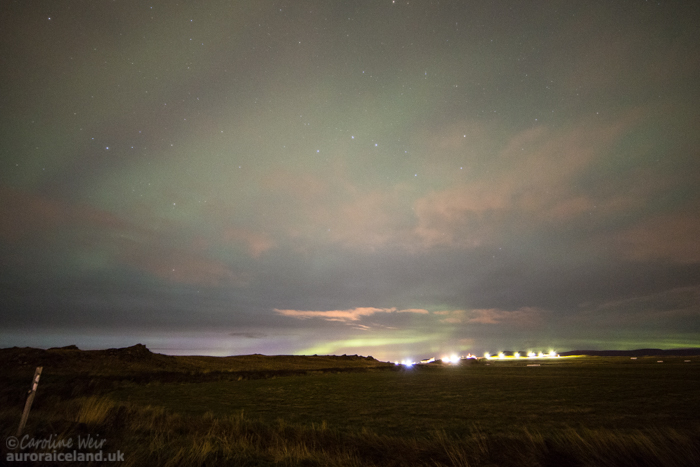